Psychological support for the Airline Industry through peer support and monitoring 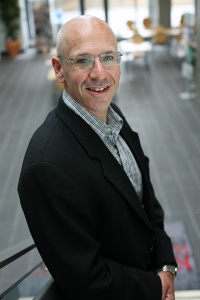 The report into the Germanwings air tragedy in 2015 has endorsed earlier taskforce findings to recommend peer support and improved psychological monitoring in the airline industry.

Peer support is used increasingly by organisations to boost resilience and support their people – with Trauma Risk Management (TRiM) firmly established in companies across a range of industries from media to emergency services to transport.

TRiM was originally developed in the UK Armed Forces, where it is still used extensively by all services including the Royal Air Force (RAF).

It is a peer-support system which trains personnel to spot the signs of distress or changes in a person’s behaviour or attitude, so they can be directed to appropriate support as needed.

Professor Neil Greenberg, March on Stress Director and President of the UK Psychological Trauma Society, was part of the military team to develop TRiM. He has previously worked as a psychiatrist with the Fleet Air Arm on HMS Invincible and also regularly conducted aircrew medicals. He said: “TRiM works because a workmate or colleague, working side-by-side with someone is far more likely to spot changes or causes for concern about an individual and do something to ensure that person gets the support they need.

“TRiM risk assessments should be conducted after a traumatic incident, but TRiM trained personnel can also use the process even if a specific incident has not occurred. TRiM practitioners, by virtue of their training, are likely to be viewed as useful for people with non-trauma related mental health problems such as depression to approach to speak to as well.

“Evidence shows that TRiM does no harm, unlike other methods such as critical incident debriefing, and can reduce rates of sickness absence. Evidence also shows that someone is far more likely to open up with a peer than they are with a senior colleague or as part of a more formal process.”

The recommendations following the Germanwings tragedy also identified a need for improved psychological monitoring and the question of ‘can pilots or crew be screened for mental health disorders’ is one which emerged in the media after the incident.

Professor Greenberg explained that there is a lack of any reliable evidence to support the use of psychological health screening to prevent the onset of mental health problems and what can be done instead: “All the evidence shows that screening does not work. Mental health stigma is arguably the biggest barrier to help seeking and breaking down this barrier is crucial.

“This can be done through the introduction of peer support programmes like TRiM, appropriate company policies for key areas like occupational stress and trauma management, and through ongoing monitoring through established and evidence-based questioning.”

Description : March on Stress can help your business recognise the symptoms of Trauma and PTSD, addressing them before they affect your people